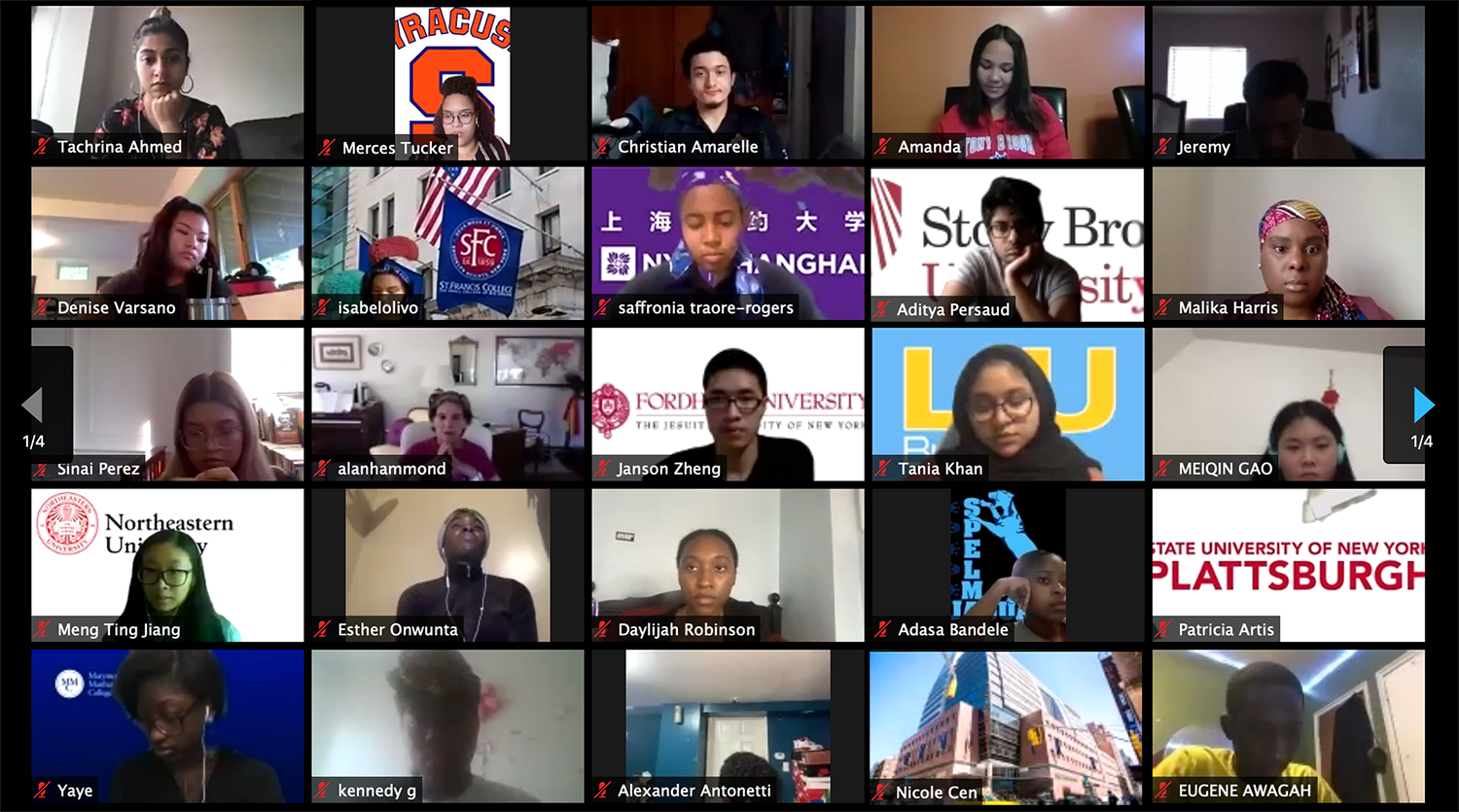 The Class of 2020 celebrating their hard work at this year’s virtual Scholarship Ceremony & Decision Day.

The 18th annual Expanded Horizons College Access and Success scholarship ceremony was like no other, nor is the class that took the virtual stage to accept scholarships and announce their college decisions on Zoom on Thursday, June 12, 2020.

Amid a global pandemic, recession, and worldwide movement against racism and discrimination, 41 students have their eyes focused squarely on a future they hope will begin with college this fall.

Henry Street President and CEO David Garza kicked off the event, rapping his praise for the graduates:

“Class of 2020, I see you and know who you are
Perfect vision in focus, you’re bound to go far
The dark path ahead is lit up by your star”

“It’s one of the most special nights of the year,” Garza said, “a literal manifestation of our mission, which is to open doors to opportunities,” adding, “There are a few things you can count on that are rock solid, and we will be here for you. And when you make your mark on the world, it will be a 100% better place.”

The evening featured four student speakers and one alum. Ninth grader Kennedy Gamble, a student at Urban Assembly Maker Academy, talked about what she had learned about social justice, and especially women’s rights, from Expanded Horizons. Tenth grader Alex Antonetti, of Urban Assembly Academy of Government & Law, addressed his experiences in the program’s career-readiness workshops, social media workshops, and trips to companies like Google and CitiBank. Eugene Awagah, a junior at Bard High school Early College said that Expanded Horizons had “debunked his misconceptions about what it means to be successful and cleared up a foggy college process.”

Finally, graduating senior Esther Onwunta, who is headed to Howard University, emphasized the personal coaching she received from Program Director Malika Harris in selecting a college that would be perfect for her. “From Expanded Horizons I will be taking with me the expression ‘a closed mouth does not get fed’—the importance of speaking out to get what you need,” she said. Onwunta spoke directly to her fellow graduates: “The whole world is proud of you. Despite these unprecedented times…it is absolutely important you remain optimistic for the future. Education is our passport to the future.”

Henry Street then bestowed scholarships to each graduate, through funds generously provided by the Settlement’s long-time loyal donors. As the names of recipients of the Abrons/Aranow, Bloom-Margolies, and Sobie Family Scholarship Funds were announced, instead of the usual cheers, guests contributed dozens of comments that scrolled continually down the Zoom screen.

Finally, alumni speaker, Angel Tatis, who just graduated this spring from Binghamton University with a degree in linguistics and minor in education, said that Expanded Horizons had allowed him to acknowledge his goals and ambitions without shame and to persist through college even when finances were tough. “I can’t think of a better resource for a kid like me,” he said. “Class of 2020, make the world a better place…it’s in all of us to do so.”