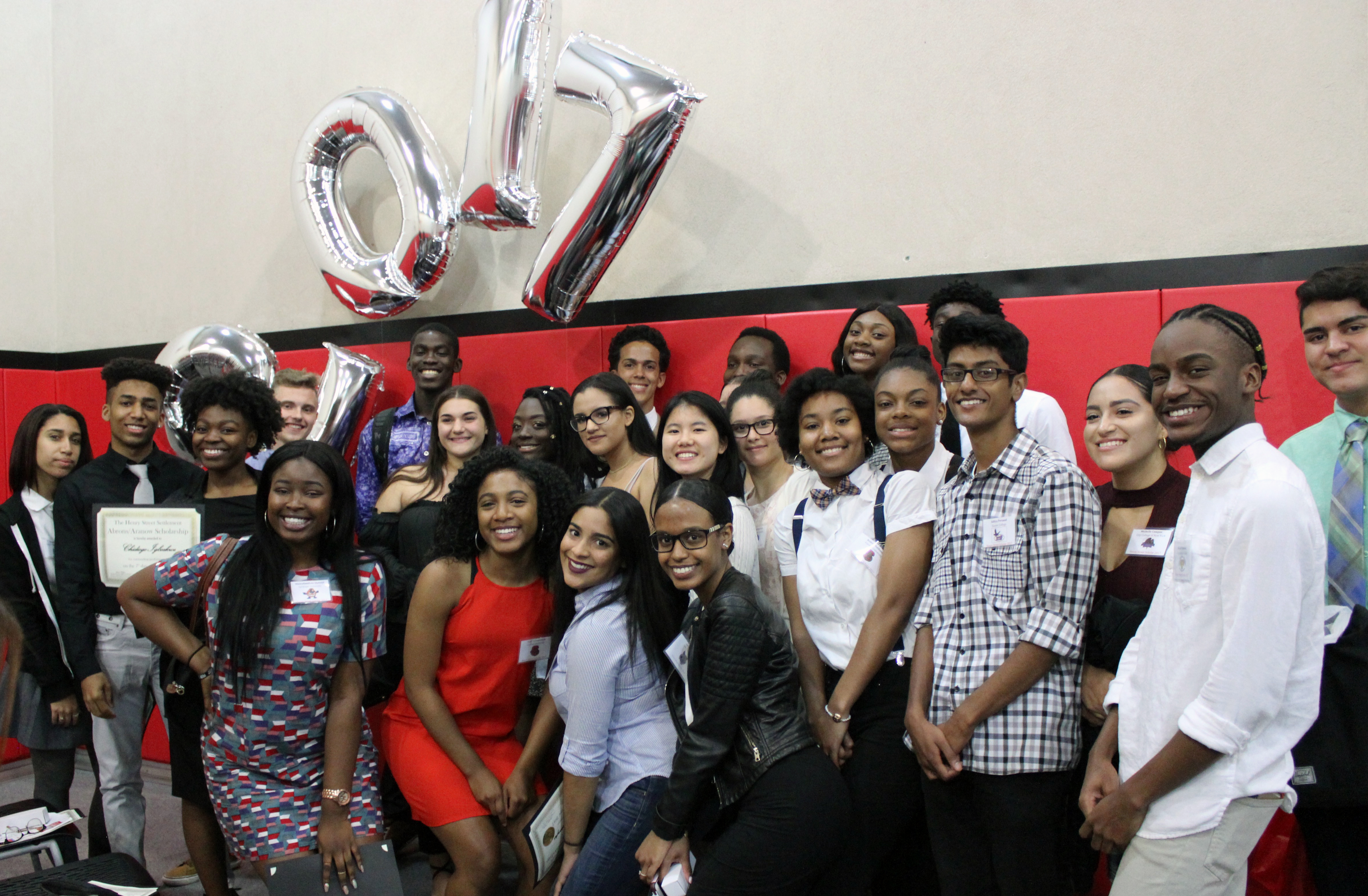 Aside from the amount, what makes the gift extraordinary are its two “givers.”

Sylvia Bloom-Margolies worked fulltime as a legal secretary at Cleary Gottlieb for 67 years, until her retirement at age 97. She was the third employee hired by the law firm and amassed her fortune not from her salary, but from her investments. Whenever her boss would buy a stock (as his secretary, she would make the purchase for him), she would buy the same stock – but in a smaller amount.

Jane Lockshin, treasurer of the Henry Street Board of Directors and the executor of her Aunt Sylvia’s estate, directed the donation to the Settlement. “I was given the discretion make the donation to an organization that offered educational opportunities to low-income youth,” said Lockshin. “Aunt Sylvia, who earned her college degree at night school, always valued education and wanted her estate to benefit those with limited educational opportunities.”

Lockshin, who has served on Henry Street’s Board of Directors since 1984 and chairs the Finance Committee, said that the decision was easy. “I know that Henry Street does what it says it will do. It’s a well-respected and responsible organization, does outstanding work and is firmly grounded in New York City. And, it has soul.”

David Garza, Executive Director of Henry Street, said, “We are profoundly grateful to Jane Lockshin and Sylvia Bloom. These resources will strengthen our Expanded Horizons program in an unprecedented way.

“Due to the magnitude of the gift, we are creating an endowment. The funds generated will provide support annually – and in perpetuity,” he said. “Ultimately, thousands of low-income young adults will receive the vital support they need to succeed in college – and in their lives – because of this generously transformative gift.” (Above: Jane Lockshin and David Garza.)

Not only will the endowment provide scholarships to college students, but it will allow for additional resources like social work support to the mostly first generation college students in the program. The Expanded Horizons program serves students from 9th grade through college completion, offering free college counseling, SAT prep, tutoring, visits to college campuses and continuous support to participants until they complete their degree.

“Throughout her extraordinary career, one that mirrored Cleary Gottlieb’s growth to a globally renowned firm, Sylvia witnessed and understood the value of education as critical to economic stability and success,” said Garza. “It is only fitting that her gift to Henry Street is as spectacular as her career, her consistency, and her character. “We will work tirelessly and compassionately to carry out her will and steward the resources with the quality and care that has become synonymous with Henry Street’s programmatic standards and fiscal oversight.”

The daughter of Eastern European immigrants, Sylvia Bloom was born in New York and lived in Brooklyn most of her life. She was an original, keeping her maiden name when she married, taking the subway to work until her retirement – even during snowstorms. She regretted not going to law school. At her memorial service in 2016, one colleague said she would have made an excellent lawyer: she was intelligent, analytical, patient, wise and loyal. Many spoke of her lively sense of humor, dry wit, wonderful laugh and gleaming smile. Others paid tribute her character and personal qualities: professional, loyal, modest, honest, generous, dedicated and no-nonsense work ethic. She was frank, with no pretense, and a completely independent thinker. Her mind was sharp and her words precise. One colleague expressed his loss simply: “she was a really decent person full of smarts and I will miss her a lot.”

Lockshin said that a comment at the memorial shared by Raymond J. Lohier, now a judge on the United States Court of Appeals, perfectly captured her aunt’s character. Lohier, an African American, said that when he was a young lawyer at the firm, Miss Bloom always treated him with respect. “I was so touched by that comment,” she said.

Garza added, “Sylvia Bloom would be thrilled to know that her legacy is in the trusted hands and heart of Henry Street Settlement, where her gift will enable our students to achieve their dream of a college education. And maybe even graduate from law school!”

Addendum: since posting, this story has gone global!