Helping Others Deal With Trauma 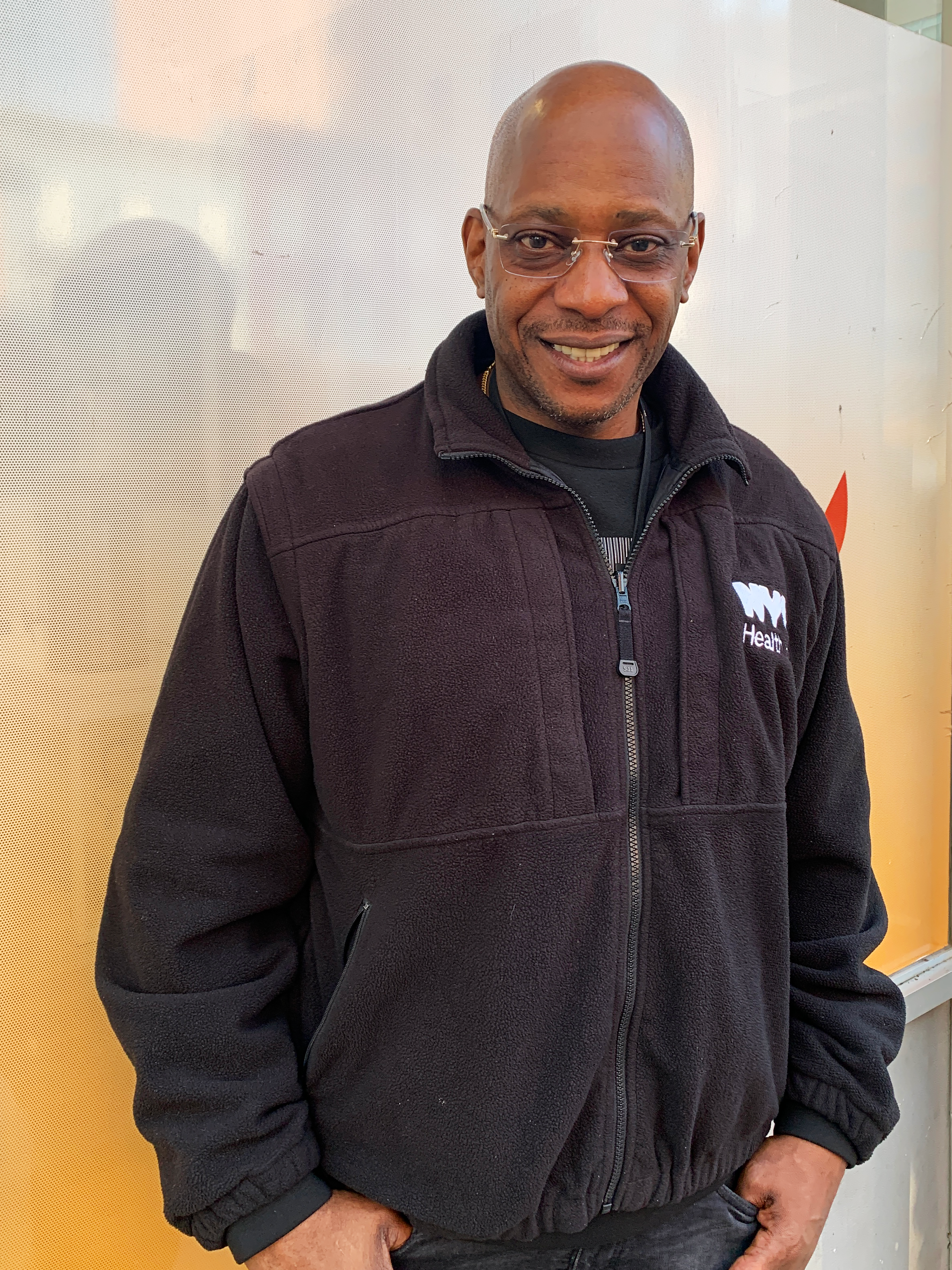 Born in Far Rockaway, Queens, in a public housing development known for violence and drugs, Anthony Small was the only surviving child of three boys. When Anthony was nine, he saw his father go to prison. He acknowledges that he became part of a group that robbed drug dealers at the height of the crack epidemic.

“The judge didn’t see anything in me,” he says. “I’ve worked hard to prove I wasn’t that person.”

Like many young people, Anthony had created a tough persona to insulate himself from forces of violence around him. Today, he is helping others deal with trauma as a community coordinator for the New York City Department of Health and Mental Hygiene. As part of a team called HEAT, the Health, Engagement, Assessment Team, he works with social workers who intervene in the aftermath of violence as well as in situations of homelessness, addiction, or mental health crises.

A crucial stop on Anthony’s path to his job was Henry Street’s Workforce Development Center, where soon after his 2017 release he met Employment Coordinator Jay Koo. Jay helped Anthony write his resume, gave him encouragement, and opened up a world of opportunities—leading quickly to a job at the Silberman School of Social Work as a community navigator in East Harlem.

“When Anthony came to me, he had a lot of questions—how salaries work, how to negotiate. He deserved decent pay just like everyone else,” Jay says.

Jay notes that people who have been incarcerated often don’t know how to translate the work they did in prison onto their resumes. Many have valuable hands-on experience, such as working in food service or construction. Anthony now does inspirational speaking and has been a guest speaker at Henry Street’s UPS internship program.

“I was vulnerable, and [my employment coordinator] didn’t make me feel bad about my situation. I didn’t get that kind of support from many people.”

“I told him his job search is not going to be the standard of applying online but of networking with people, and he did that,” Jay says.

“The rest is history. That’s my guy,” Anthony says of Jay. “I was vulnerable, and he didn’t make me feel bad about my situation. I didn’t get that kind of support from many people.”

While in prison, Anthony set a goal to develop himself, but it wasn’t easy. He experienced abuse, racial hatred, and solitary confinement. In 1990, he earned his GED, followed by a bachelor’s degree in 2006 through the celebrated Hudson Link-Mercy College program, and then a master’s degree in theology from New York Theological Seminary.

Most importantly, he was introduced to therapy and finally confronted his trauma and emotional repression. “I didn’t even cry when the judge said I should die in prison,” he says. “One day when I cried, I said, ‘I should have been crying the whole time.’ I was releasing the pain I was in.”