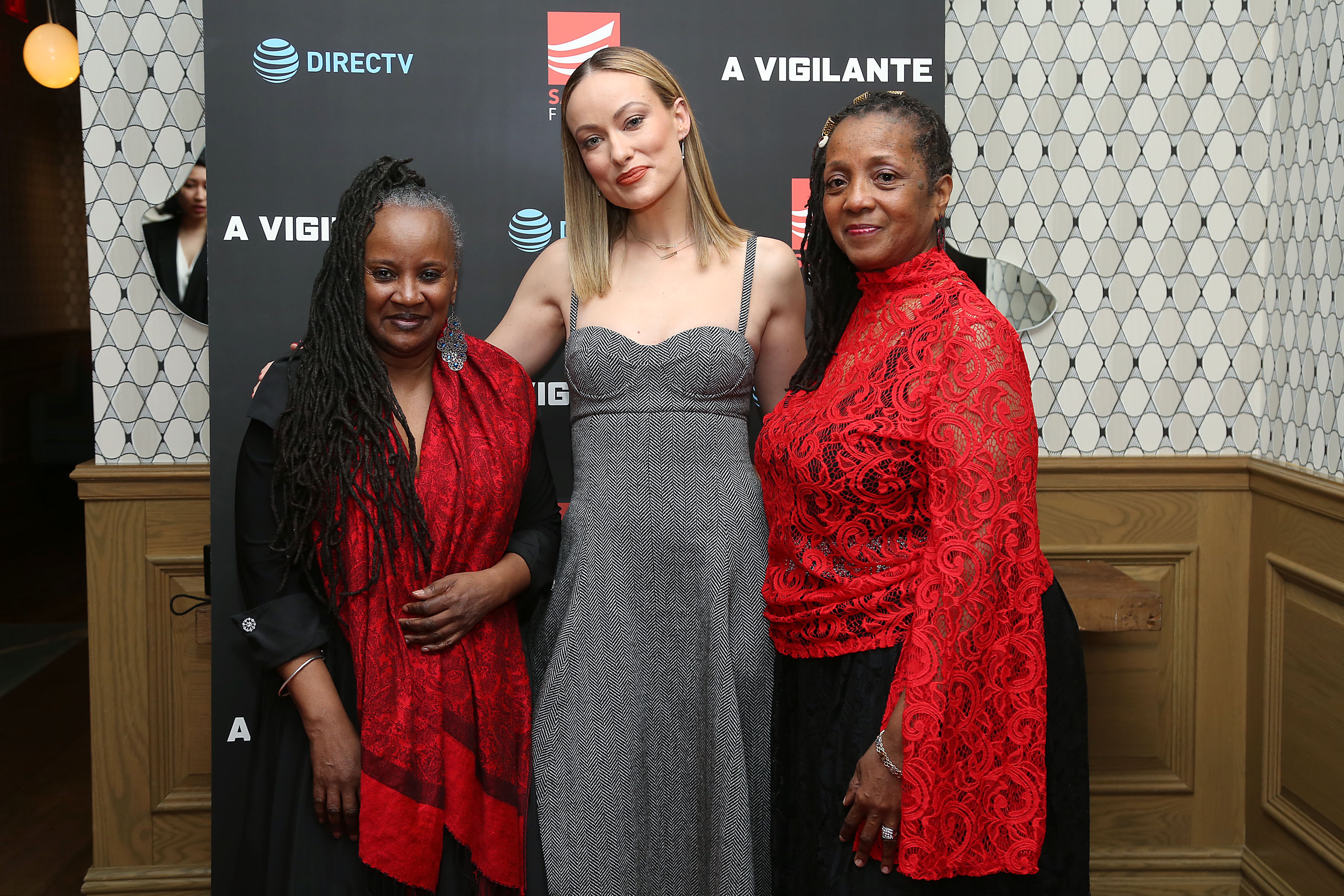 Above: star of A Vigilante Olivia Wilde with Henry Street team members Beverly Atkinson (left) and Theather Huggins (right). Wilde and the filmmakers consulted with Atkinson and Huggins on how to depict survivors’ support groups. Photo by Patrick Lewis/Starpix.

The main character Sadie’s experience of enduring violence was based on real accounts that Henry Street survivors shared with the filmmakers. To accurately portray the harrowing experience, Daggar-Nickson and Wilde visited the Domestic Violence Program and interviewed a number of survivors. They particularly consulted with Henry Street team members Beverly Atkinson and Theather Huggins on how to depict survivors’ support groups. The film’s support group counselor is named for Beverly! A Vigilante shines a light on a subject little addressed in film and demonstrates the strength it takes to both survive and leave such circumstances. Daggar-Nickson discussed Henry Street’s programming for survivors and the organization’s involvement in the film at a special screening to benefit Henry Street on April 2, 2019.

At the event, Huggins, a domestic violence survivor herself, detailed how she arrived at Henry Street’s Domestic Violence Program. Henry Street not only opened its doors to her and her three young children, she said, but also invested in their futures, enabling them to move forward successfully through higher education and job placement. Huggins said that, without Henry Street’s support after such a traumatic experience, she would not have imagined her and her family’s lives as attainable.

Olivia Wilde reminded the audience that the gathering was intended to recognize the courageous strength of survivors of domestic abuse and the significance of organizations like Henry Street Settlement. She introduced David Garza, Henry Street executive director, who encouraged the audience to become engaged with the mission, whether through volunteering or donations. Then she made the first donation! Above: Olivia Wilde and David Garza address attendees at special screening of A Vigilante to benefit Henry Street on April 2, 2019. Photo by Patrick Lewis/Starpix.