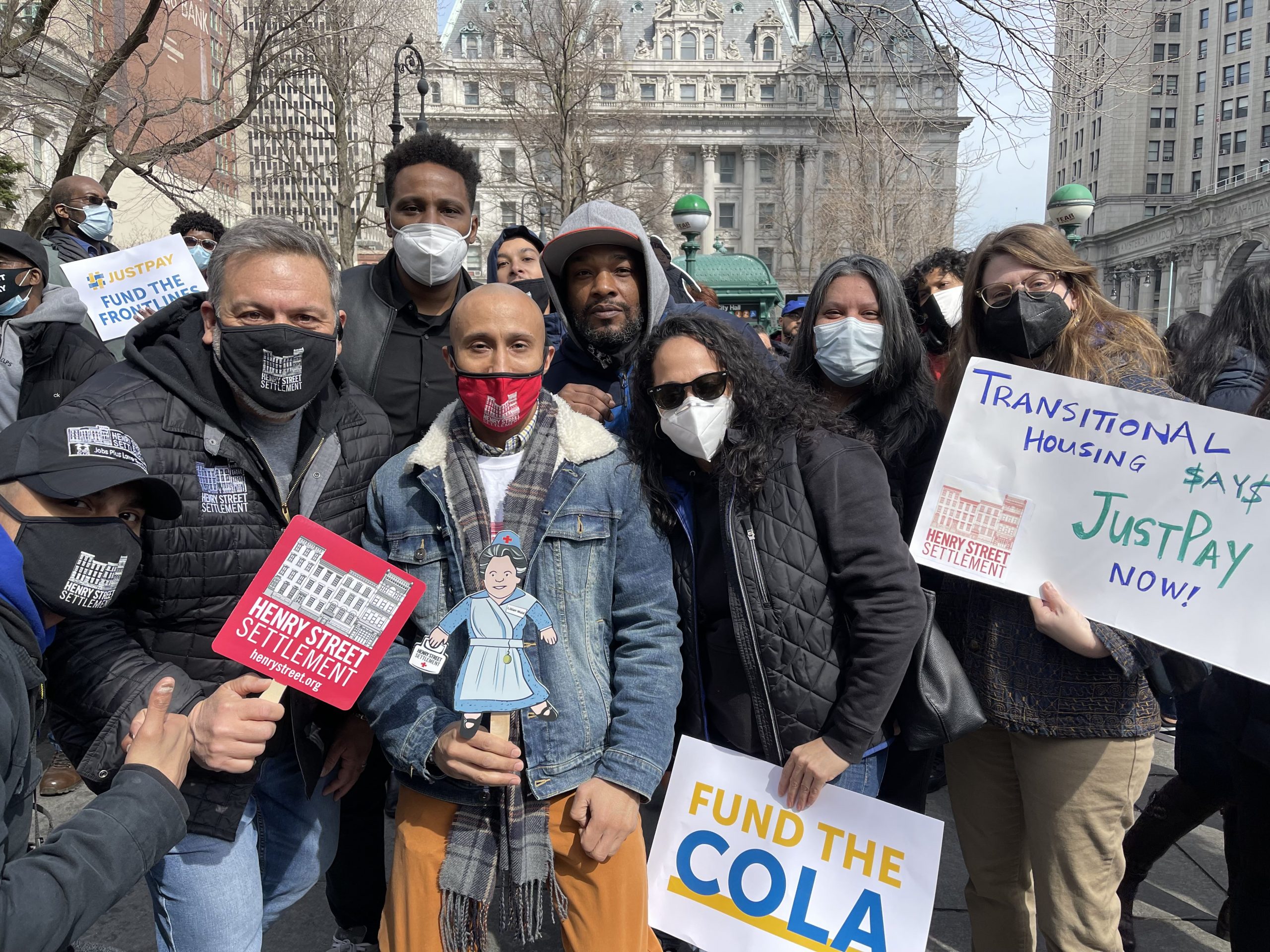 On March 10, 2022 dozens of Henry Streeters attended the #JustPay rally in unison with over 1,000 other public service partners, elected officials, and supporters at City Hall Park. The Human Services Council of New York–led event was successful in representing nonprofit workers, demanding cost-of-living adjustments and living wages for those who provide essential human services throughout New York City. Henry Street is proud to be a key player in the #JustPay coalition.

Check out our slideshow presentation of the Henry Street team standing for #JustPay at the rally.