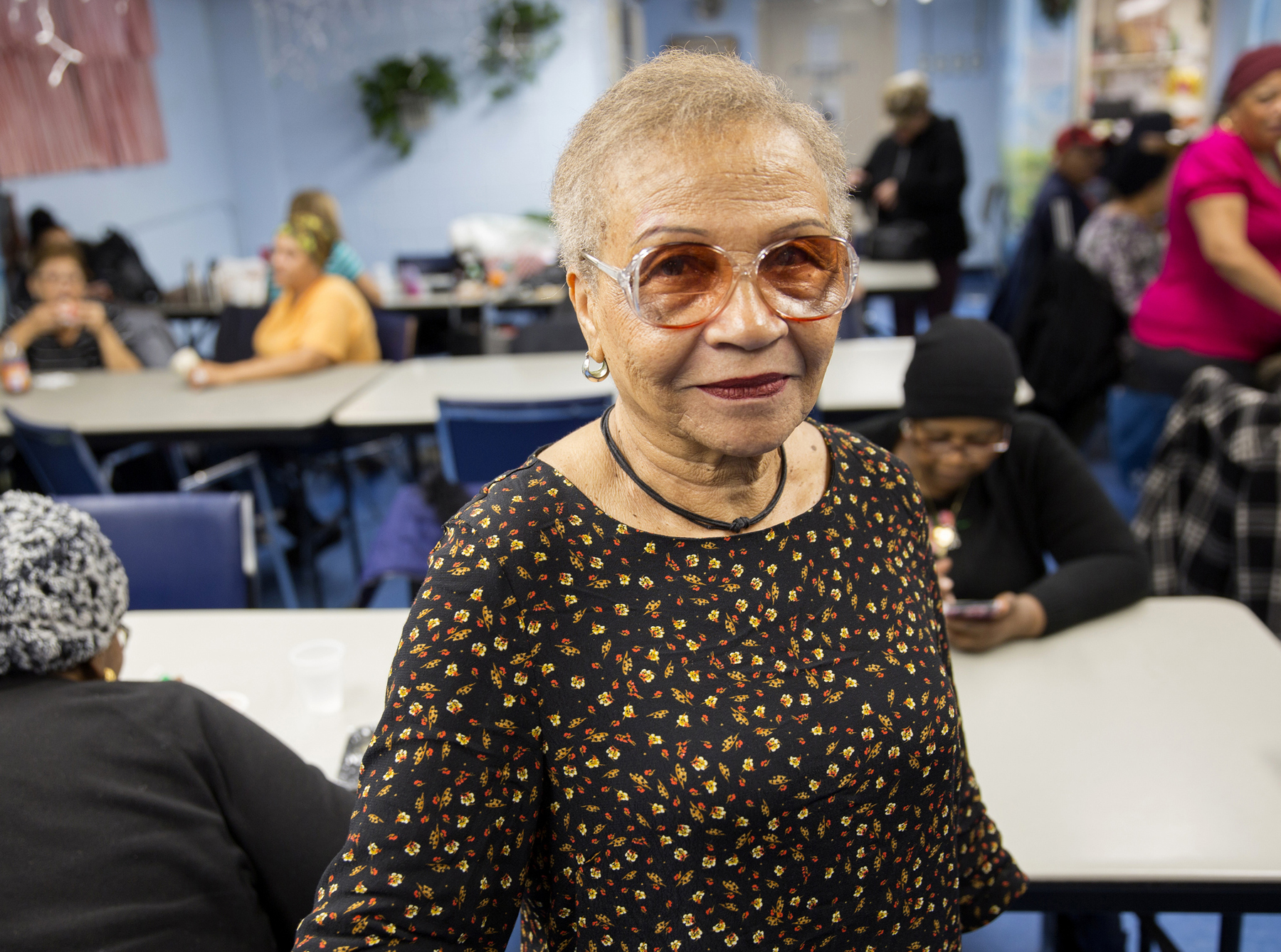 For Miriam Mercado, Tai Chi is on Tuesday. Flower-making is on Thursday. Exercise, dance, art, and bingo happen every day. Mercado is one of a loyal cadre of regulars who never miss a day the Henry Street Settlement Senior Center.

The 75-year-old has come to the center for about six years, traveling from her home in Williamsburg, Brooklyn. But she takes the train only to the base of the Williamsburg Bridge. Then she hikes over it to the Lower East Side.

She was introduced to the center by her 103-year-old aunt and aunt’s friends, who live nearby. Although there are senior programs closer to home, Mercado travels to Henry Street because of the friendly vibe. “This is the place to be,” she says.

Miriam is one of 3,249 senior citizens who took recreation and fitness classes or received case management, onsite or delivered meals, health screenings, and more to allow them to live independently in the community.

Mercado is not an immigrant to the United States; she came north from Cayey, in the agricultural center of Puerto Rico, at the age of 18 in 1962, but she relates to the immigrant experience because she didn’t speak a word of English.

“I thought I would go to the university; get a degree,” she says. But learning the language and raising six children slowed her progress. At first, Mercado worked in a SoHo factory on an assembly line, making television and radio parts. Though she eventually loved her job, it was difficult at first. “I was afraid and couldn’t understand anything,” she says.

Mercado learned English at her kitchen table alongside her children. Though she never took an English class, the book lover read constantly to her children, always looking up unfamiliar words in the dictionary. “I stopped watching Spanish TV and read the Daily News,” she says. Mercado learned enough English to earn her GED in 1985 and enroll in Bronx Community College, where she earned a spot on the Dean’s List.

Though she did not complete her degree, the next generation has satisfied her dreams: all six children attended gifted classes, and five have completed college. Now they buy her plane tickets to visit her large family in Florida and Texas.

Mercado retired in 2009 from the New York City Administration for Children’s Services, where she worked for 10 years. The great-grandmother of three now meets her aunt at the Senior Center for bingo.

“If I didn’t have the senior center, I might have to stay home and do nothing,” she says. “I have to fill out my life. The thing I like most is we have different people from all over the world here, and my mind is always busy.”

Miriam’s is of the stories featured in our 2018 annual report. See more stories from immigrants who have found success through Henry Street’s services in our online or print editions now.