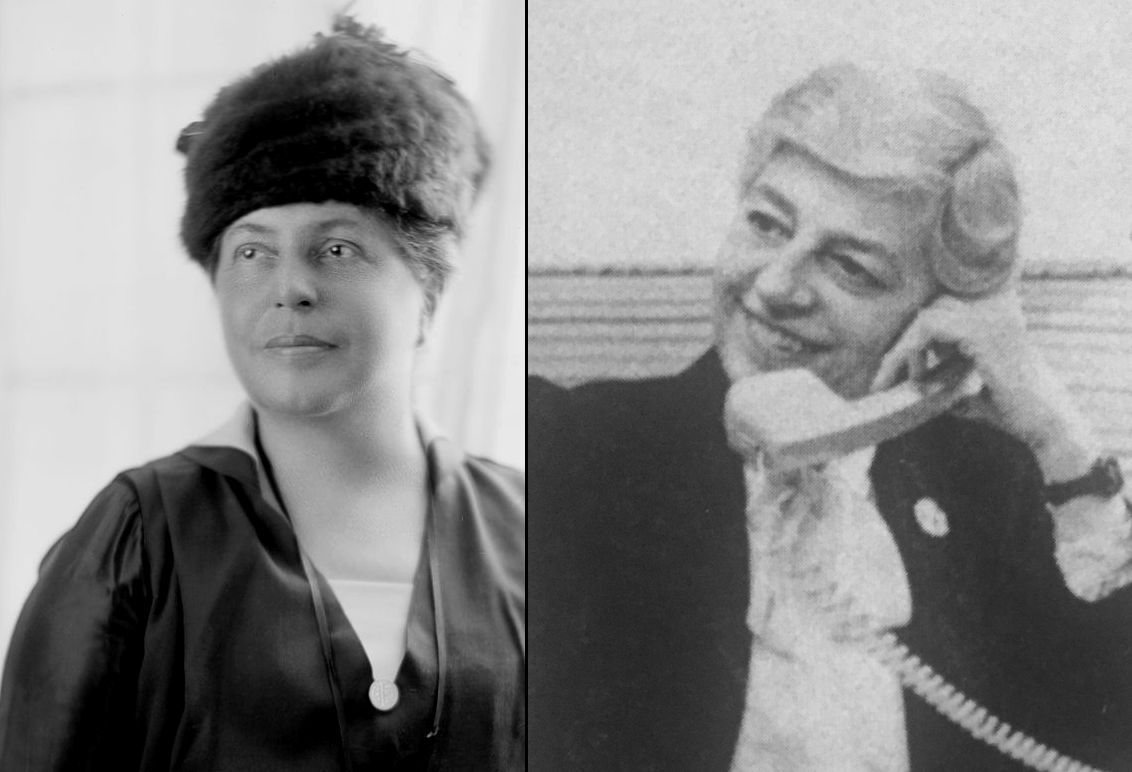 When I heard last week about the extraordinary multimillion dollar donation by Sylvia Bloom, who died in 2016, to Henry Street Settlement, the word that immediately came to mind was the one I wrote to my Settlement friends: “there is a real symmetry there,” I told them. For Sylvia Bloom’s legacy will now support the legacy of Lillian Wald (1867-1940), founder of Henry Street, in helping thousands of low-income young people go to college. I am a historian, not a mathematician, but if ever there were historical symmetry, two powerful stories mirroring each other across history, it lies here, in the stories of these two extraordinary women.

The daughter of immigrants, a graduate of public schools and Hunter College (where she attended night classes), Sylvia Bloom joined the fledgling Manhattan law firm of Cleary Gottlieb in 1947 as a secretary, and dedicated 67 years to helping that institution grow and flourish. The firm now employs over a thousand people and has offices all over the world.   When Bloom retired in 2016, her colleagues spoke of her strength, her intelligence, her integrity and sharp humor along with her vast knowledge of the inner workings of her office. Were she born today, they mused, she might have gone to law school; her hard work surely inspired women in and outside of her office to seek fulfillment in paid employment. The news stories speak of Bloom’s shrewd investment strategies, as she took her own salary and bought the same stocks purchased by the firm’s lawyers. Living modestly, she quietly built a fortune of millions.

The daughter of immigrants, a graduate of private school and then the New York Hospital Training School for Nurses, Lillian Wald visited hospitals and settlement houses before founding Henry Street Settlement in 1893. She began offering health care on a sliding fee scale, and through her knowledge of the industrial poor, immigrant population of her neighborhood, she soon expanded the settlement to offer opportunities for education, recreation, and artistic expression. Nurses and other reformers who trained at her institution worked for public health in countries all over the world. When Wald retired in 1932, her colleagues spoke of her dedication to improving the lives of women, workers, immigrants, and the poor, of how she inspired others to join debates and campaigns for public health and peace. In 2008, after over a decade studying Wald’s life, I published a biography in which I mused about Wald’s place in our contemporary world. Were she born today, perhaps she would have gone to medical school, or joined our own moment’s social movements for Civil, women’s and immigrant rights. Perhaps she would even run for office on a ticket that promised to empower people like her neighbors on the Lower East Side. Now, as during her own lifetime, Wald would likely direct her wealthy philanthropist friends to invest in the advancement of those people by donating to Henry Street Settlement.

In Bloom and Wald we find two extraordinary New Yorkers who share so many inspiring characteristics, above all perhaps the ability to push past the narrow limitations placed on independent women and children of immigrants. In their own lifetimes, they showed unquestionable courage, and there is a symmetry, then, to their histories, the boundaries they transcended, the institutions they nurtured and the lives they affected.

What most draws me to them today, though, is the symmetry of their legacies now, when they are no longer walking the halls of their beloved institutions or the streets of the city they called home. Bloom and Wald both acknowledged that even with their life struggles, it was certain privileges—of connection, education, race, and class—that afforded them their opportunities. They knew that forces would always be at work to prevent bright, honest, driven people with integrity from realizing their deepest ambitions, from feeling the sort of fulfillment they had the good fortune to experience in their own lifetimes. And so both Bloom and Wald worked hard, and, ultimately, invested all that they had in institutions that allow other people to realize their dreams.

Marjorie N. Feld is professor of history at Babson College in Massachusetts and the author of Lillian Wald: A Biography.