A Henry Streeter Saves a Life 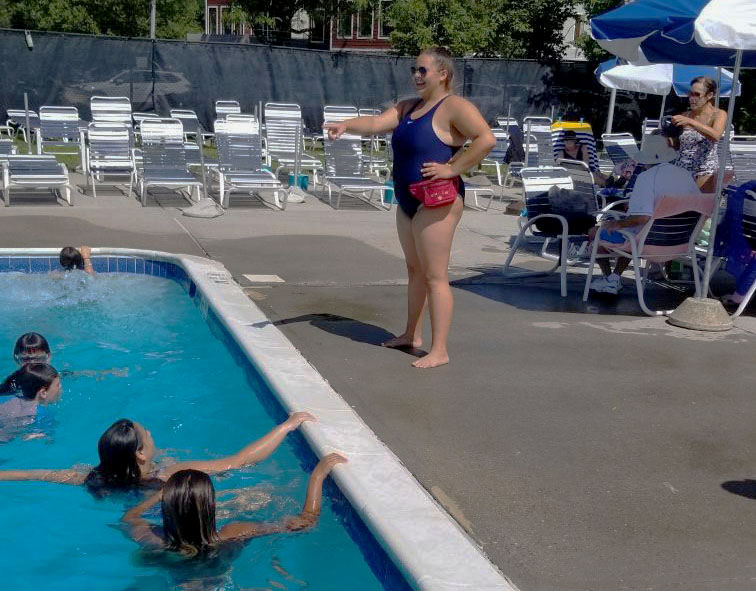 When Fatima Youssef, at 16, finished her lifeguard training course, she wondered whether she’d be nervous in the event of a real rescue.

Youssef found her answer on March 11, 2019, while lifeguarding at her high school pool. As one of four student lifeguards on duty at the Cypress Hills Collegiate Preparatory School in Brooklyn, she saw a boy descend to the bottom of the pool at the same time the class instructor spotted him.

“In that moment I didn’t think of anything else but rescuing him, and just did what I was trained to do,” Youssef says. “I just knew I had to get him out of the pool and make sure his heart was beating.”

Later, Youssef was shocked to realize that she had helped save a life. After the teacher jumped into the water, Youssef and another student had gone into “secondary lifeguard position.” They retrieved a backboard, placed it vertically into the water, and then followed the protocol they had learned to take the victim out of the pool. Other lifeguards ran for the nurse and for a defibrillator. The instructor strapped the boy—who was 14 or 15—onto the board, and Youssef and her partner pulled him out.

Though the boy had a pulse, his breathing was erratic, and he appeared to be unconscious. The swim instructor took the necessary steps to restore his breathing until paramedics arrived. Thankfully, Youssef says, he just needed rest and has suffered no lasting effects.

Soon to be a first-year student at SUNY Albany, Youssef was encouraged to take the ExpandEd Lifeguard Apprenticeship training by Henry Street instructor Melissa Algranati, who was teaching the program at Youssef’s school at in 2017. Youssef, though not from a family of swimmers, had been a swim team member, competing over the course of her high school years in the freestyle, 200-yard backstroke, 400-yard relay with breaststroke, 200-yard individual breaststroke, and 500-yard freestyle events.

Henry Street Settlement offers this training program to 25 high school juniors and senior each spring through the Youth Opportunity Hub.

“Because she did so well in the lifeguard training program, her school hired her as a lifeguard,” Algranati says.

“Lifeguarding is a very important skill for young people to have,” according to Deymis Baquero, partnership and outreach coordinator for the Hub, noting that it’s a rare skill among New Yorkers. Even beginning swimmers benefit from the class, she says. “We teach a lot of important life skills from the ground up—from first aid to resume-building—that they can use in other contexts. Lifeguarding is also a high-paying job, and once people complete the program, they have a certification they can use anywhere.”

For Youssef, lifeguard certification has led to four jobs: She has spent the past three summers lifeguarding and counseling at the Explorer Day Camp in Forest Hills, Queens, where Algranati is director, as well as for the Cypress Hills Local Development Corporation, for her school, and for a private pool company.

News of the rescue aired on the evening television news, and Youssef’s school principal got a call from the mayor. Her family was extremely proud of her, and the rescued boy thanked her. But her name was not mentioned in the press accounts.

“We’re happy to correct that record and give praise and celebration for Fatima,” Baquero says. “News of the rescue has been an inspiration to other lifeguards in our program, and we’re so happy that her apprenticeship program was put to good use.”

As for Youssef, the next year will be spent delving into her studies—she plans to be a business administration major—but she hopes to continue lifeguarding during the summers.