A New Job Calms His Fears 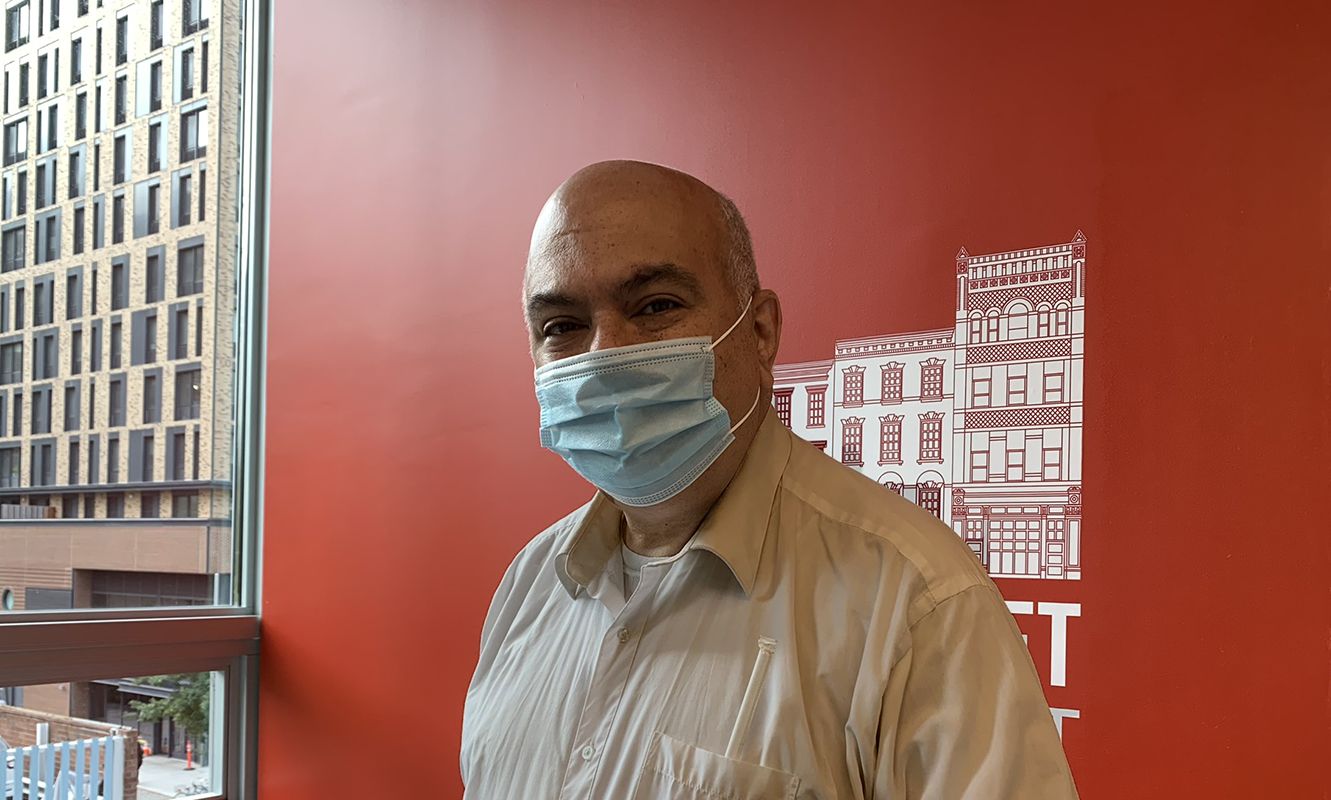 David Agosta lost his job as a waiter in early March 2020, after 12 years of working at a popular Brooklyn pizzeria.

“The first day I didn’t go to work, I was panicking,” he says.

David had read about the influenza pandemic of 1918 and knew this pandemic could be very serious. Wracked with anxiety, he contacted the New York City Department of Health and Mental Hygiene for advice, and was given a list of organizations to contact. “Something told me go to Henry Street,” he says.

The 57-year-old had worked in many high-end restaurants over the years. Though he began collecting unemployment insurance, it didn’t amount to his former paycheck, and he didn’t know how long it would hold out. “I was running out of money and thought I would land on the streets,” he says. David was mentally preparing himself to lose his home when he reached out to Henry Street’s Helpline for assistance in understanding his benefits.

He was immediately connected with the Dale Jones Burch Neighborhood Center, where director Ashley Young provided a thorough plan that gave him a sense of security and allowed him to consider finding a job in a different industry. Like many New York restaurant workers, he confronted the fact that the restaurant workforce had dropped from more than 315,000 members in February to 91,000 in April.

Young made two critical referrals. The first was to Legal Services of New York, where an attorney helped David understand how to maintain his benefits—especially as the lockdown restrictions began to lift and he was called back to work limited hours at his former employer. The second was to Henry Street’s Workforce Development Center, where he met on Zoom with Henry Street’s Job Essentials Training (JET) team member Jay Koo and Director of Business Development Jeanie Tung. They helped him update his resume and reviewed his interviewing skills before setting him up with several job interviews.

Within weeks, David received an offer from Essex Crossing—the Lower East Side development—and is now re-employed, earning more than his restaurant wages, as a concierge in The Artisan, a new apartment building. “It’s nice to be back out with people!” he says.

“I was surprised to get a job in this pandemic, and I have it because of Henry Street,” David adds. “God carries me over, and my friend Jay does, too,” he says of his employment counselor—who in turns notes that David deserves credit for reinventing himself in fragile times. “Without Jay and Henry Street I would be in the streets.”